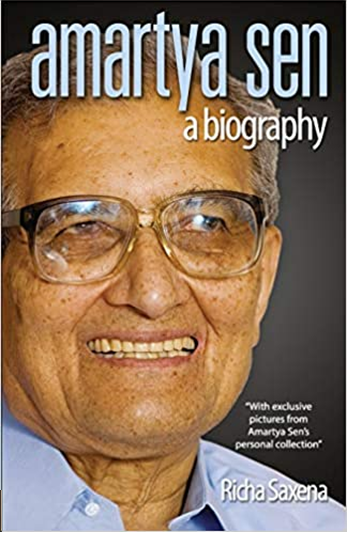 Often called The Mother Teresa of Economics, Professor Amartya Sen is credited with giving a human face to the subject of Economics and bringing into its discourse issues such as social justice, democracy, freedom, philosophy, health care, gender inequality and literacy. Featuring in Time magazine's 2010 list of top 100 people in the world, Amartya Sen says, "My job as an economist has been about identifying injustice, and I am concerned with developing human freedom and capabilities as tools." In 1998 Amartya Sen was awarded the Nobel prize for Economics for his work in welfare economics. His intellectual odyssey has taken him across the globe from Jadavpur, Kolkata, Delhi in India, to Oxford and Cambrdige in the UK and Harvard and Berkeley in the US. He has authored several books many of which have been translated into more than 30 languages. At the age of 77 the amount of work and travel that he does is astounding and at the last count had been awarded 89 honorary doctorates. What makes Amartya Sen tick? What keeps him going? What were the defining moments in his life? Who and what have been the major influences in his life? Read about all this and more in this definitive biography which features some rare photographs from Amartya Sen's personal collection.

Buy From AMAZON Buy From Flipkart